So Toni has let me write a guest blog post so I thought I would share with you a little of my experience over the last year and a half. I will also post this on my own blog for future reference!

My name is Jon and I run a small indie game company called SKN3. I do the majority of the work at SKN3 with assistance from a few others for certain tasks. We are a new company running just over a year and we are excited to show you what we have been doing.

I have been creating games since I can remember, whether it be a text adventure on a vic20 or a snake clone written on a Psion PDA (remember them?). I love making games; it gives you such freedom to create an idea that can eventually be enjoyed over and over. However there is one part of making games that I find incredibly tedious; getting your content into them!

One of my fondest memories of making games was with a tool called Klik & Play. This tool let you animate your game characters and then piece together a game all in one editor; the emphasis here is that it was all in one editor. I was able to draw backgrounds, animate sprites, build a level and I didn’t have to jump from one tool to another. This was an amazing possibility and in its day it was well ahead of the curve… The original Klik & Play came on floppies!

So, many years later I have progressed onto various other languages but there is always one issue, how to get content into your game! There are two options, use the generic tools already out there or write our own editor tools. From reading many forum posts and articles it seems every-man-and-his-dog has created an editor at some point. There are negatives and positives depending on which route you choose but usually it involves making a sacrifice somewhere which really is totally against the idea of making a game for yourself. You should be free to do what you want. From this notion I created Objecty! 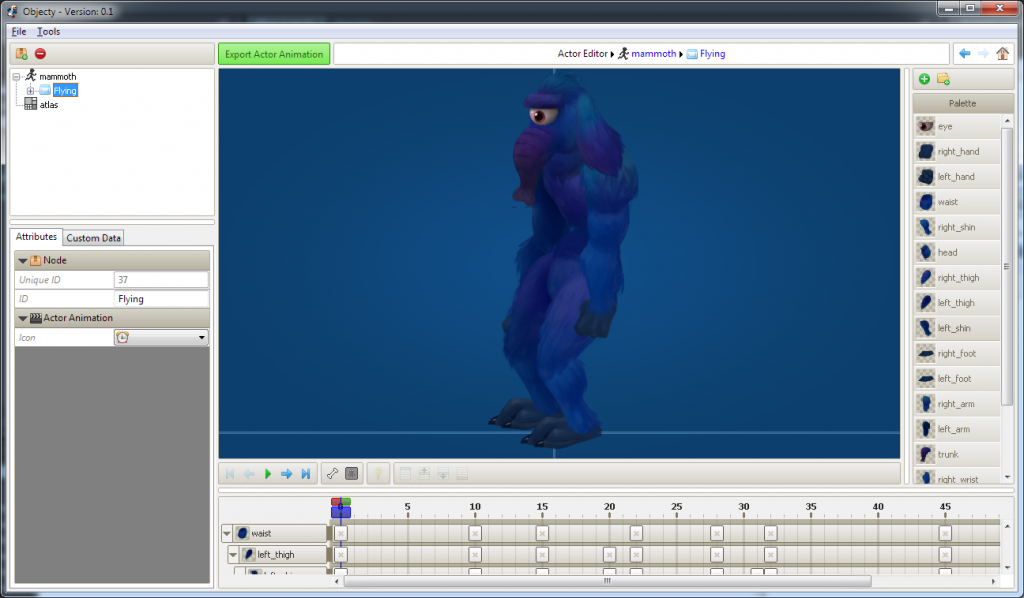 Objecty is an app for Windows and Mac that lets us perform many of the common tasks for 2D game developers all within one editor. This could be importing images, packing textures, animating skeletal based sprites, building levels, animating traditional 2D game objects and much more! We have focused on making Objecty keep that same notion learnt all those years ago form using Klik & Play; each task has its own simplified editor and we can quickly jump from editor to editor without having to import or export.

To get Objecty built I have been beavering away mostly by myself relying on contract work, savings, family and most importantly the support of my Fiancé! In that time I have produced a comprehensive app framework all in the effort to prepare building blocks ready to create some of the editors. It was quite an exciting moment half way through when I finally started developing some of the editor screens. I remember at one point getting the sprite animation tool working in under a day. To be able to create an editor screen in under a day, that could actually be useful and not sacrifice flexibility, well it was an excitement moment! 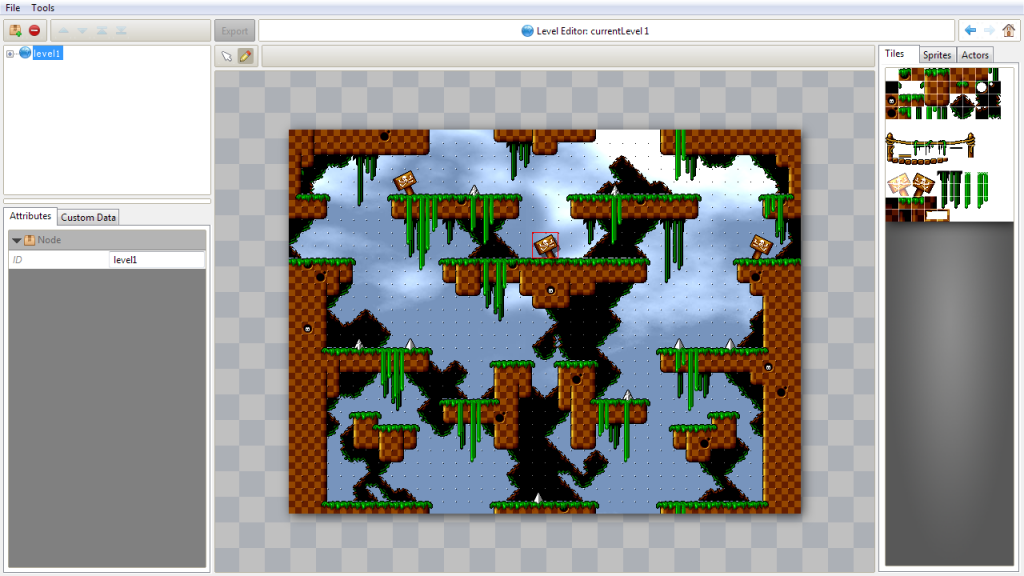 So let us fast forward to Kickstarter so that I don’t bore you with the intricate details of writing code! I had originally thought about running Objecty on Kickstarter or Indiegogo about a year ago. I was floating the idea around in my head but inevitably decided that I would get the project further along instead of faking a campaign.

A few months later disaster! A major competition released a campaign for the tool Spriter. I was totally impressed with how well their campaign went! There are similarities between Objecty and Spriter but only in that we can produce animations in both. Objecty does everything Spriter can do and more, but takes a much more game orientated approach. With Objecty we can manage our textures, add custom data and eventually be able to place the actors within our levels. Objecty simplifies things but at the same time offers more control over key-framing and tweening. In Objecty we have multiple key frame tracks, a choice of tween types and generally just more detail.

A few months later and a lot more development under the belt, it is time to start thinking about our own Kickstarter campaign so I make a quick visit to Ebay. I purchased a bluescreen kit, lighting system, digital voice recorder, lapel mic and tripod. It came in at about £200 ($300) which is not bad! We already had a digital camera that could record in 720p so everything was set on the hardware side. The next step was to write a script. This was quite fun as I tried to work some humour and features into it. In hind-sight I would have probably focused less on writing all these “extras” as we have ended up cutting most due to people getting bored watching the campaign video. You live and learn! 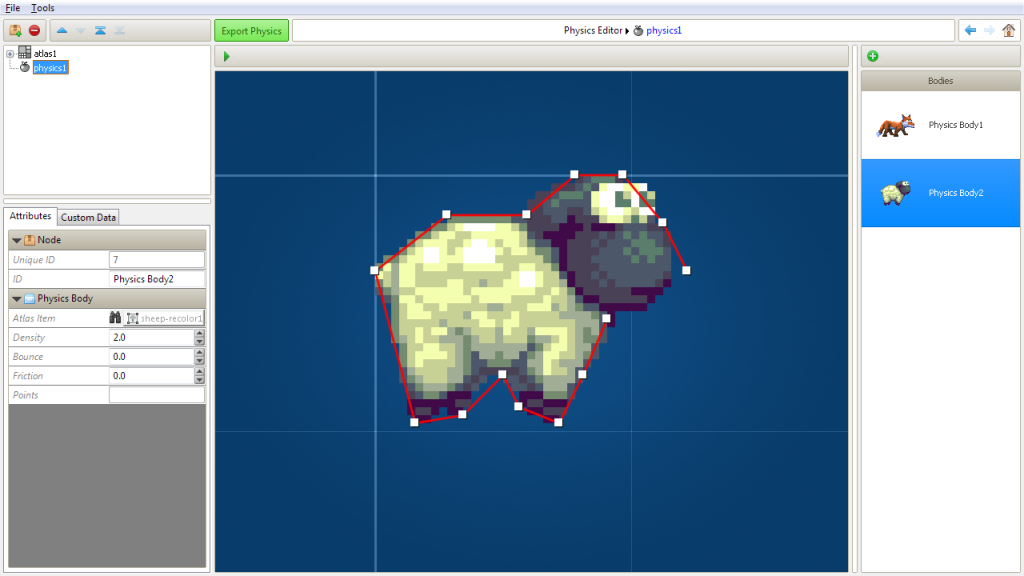 It is launch day of the campaign, not only that but it’s the launch day of UK Kickstarter! I have been hitting the hours hard to get everything ready and the excitement is overwhelming! At 12:01am we hit the Launch button and the campaign is officially live. Friends and family start to back the project and the excitement grows more and more. It was like Christmas Eve as a kid, there was no point trying to get to sleep that night!

Over the next few days the campaign gets a good trickle of pledgers but then suddenly we hit a wall. Let me tell you this is an incredibly REAL moment. You have pumped a lot of work into this project and you realise this is judgement day! A warning (which I perhaps should have given earlier in the article): If you are not good with stress DO NOT DO KICKSTARTER. It is an incredibly stressful situation to be with; a real rollercoaster! Part of the stress comes from trying to please public opinion. From day one of the campaign it was clear that we potentially jumped the gun and focused on the UK launch day instead of getting a demo ready. I was forced but ready to set out on a coding marathon to get a demo ready for download. 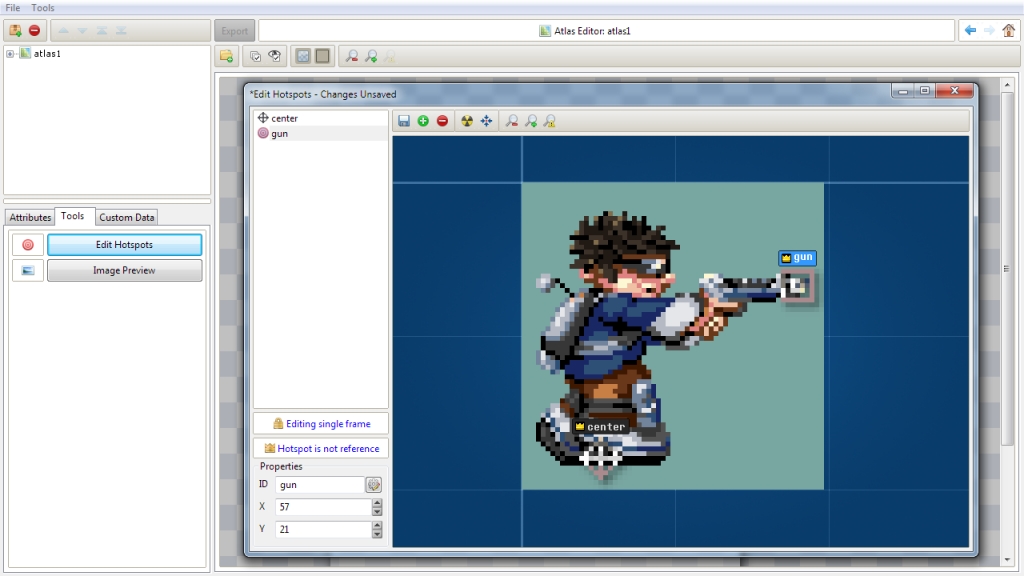 250 hours in 2 weeks is an experience every indie should try at least once. Near the end of it you’re like a zombie that needs spoon feeding. You need to be dragged into bed and smashed over the head to get you to switch off and grab some much needed ZZZ’s An interesting experience but hopefully a fruitful one as we are now In the present day and I am writing this article.

Pledges are still trickling in and the time is slowly counting down, it is getting more and more tense as the target goal gets harder and harder to reach. The important thing is to not lose hope. Keep plugging away, keep contacting people keep trying! In the next few days I will be featured in a local newspaper and the first week of December a spot in Develop magazine!

Thanks for reading, now back our project and support the campaign!