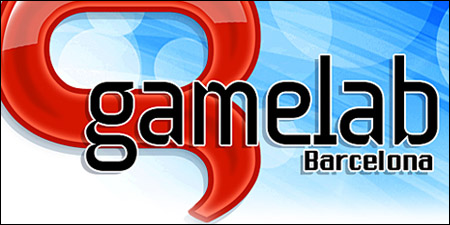 However, Gamelab 2012 was bigger and better. Much better, I must admit. I really enjoyed it 🙂 The location was bigger. There were a lot of interesting stands and the rooms for the conferences were big enough. The audio was good and there were no remarkable technical problems.

The conferences were better balanced. There were talks from gurus such as Hironobu Sakagushi (creator of Final Fantasy) and Kazunori Yamauchi (creator of Gran Turismo). There were also business oriented talks, workshops and even a talk from an indie developer! 😀 A very popular one, though: Phil Fish, creator of Fez. Fish’s talk was absolutely awesome! 😉

So, I’m pretty happy with the overall content quality of the congress. However, as usual, the best part was the networking. I met again some old colleges and met new interesting people as well. You know, indie people 🙂

I spent a very nice time eating, drinking and talking about game design and development with those awesome guys. We will meet again in 2013! See you! 😀